THE HUNTING GROUND is a critically acclaimed feature documentary that chronicles the personal stories of students who have been sexually assaulted on American university campuses. Interweaving observational footage, expert insights and first-person testimonies, the film follows survivors pursuing both their education and justice in the face of institutional failure to respond effectively and appropriately to their reports.

This confronting exposé of sexual assault on American university campuses has sparked a national debate in the United States about rape culture, sexual consent and victim support.

In the United States the statistics are staggering. One in five women enrolled at university are sexually assaulted, yet only a fraction of these crimes are reported, and even fewer result in punishment for the perpetrators.

Scrutinising the gamut of elite Ivy League schools, state universities and small colleges, filmmakers Kirby Dick and Amy Ziering reveal institutional cover-ups, rationalisations, victim-blaming and denial. Meanwhile, the film captures maverick students Andrea Pino and Annie Clark – survivors who are taking matters into their own hands – ingeniously employing a gender equality law called ‘Title IX’ as a legal strategy to fight back and share their knowledge among a growing, unstoppable network of young women who will no longer be silent.

Since the film’s premiere at the prestigious Sundance Film Festival in January 2015, it has been screened at the White House and hundreds of college campuses across the U.S. The documentary has inspired new state laws in New York and California and significant changes in campus policies and protocols.

In Australia, a shorter International version of the film (58mins) will be screened at university campuses around the country as part of an extensive outreach campaign (click here to find out more about The Hunting Ground Australia Project).

In an effort to dismiss the crisis of campus sexual violence, some deniers have attacked the findings in the film and some of the victims in it. In July 2017 the filmmakers provided an update on the impact of the film and responses to the critiques.

Where are they now?

ERICA KINSMAN moved away from Florida State University to complete her education. There was a settlement of her case with FSU in January 2016.

KAMILAH WILLINGHAM graduated from Harvard Law School and currently holds the position of Program and Outreach Director at the California Women’s Law Centre. She is an outspoken advocate and activist dedicated to gender equality, social justice and human rights.

Lady Gaga co-wrote, produced and performed the title song for the film. Inspired by the pop star’s own experience of being raped at the age of 19, TIL IT HAPPENS TO YOU features an emotional vocal delivery from Gaga, asking listeners to stand in a victim’s shoes and try to understand the turmoil she goes through.

TIL IT HAPPENS TO YOU was nominated at the 58th Annual Grammy Awards for Best Song Written for Visual Media. A portion of proceeds from the sale of the song will be donated to organisations helping survivors of sexual assault.

Watch the TIL IT HAPPENS TO YOU film clip. 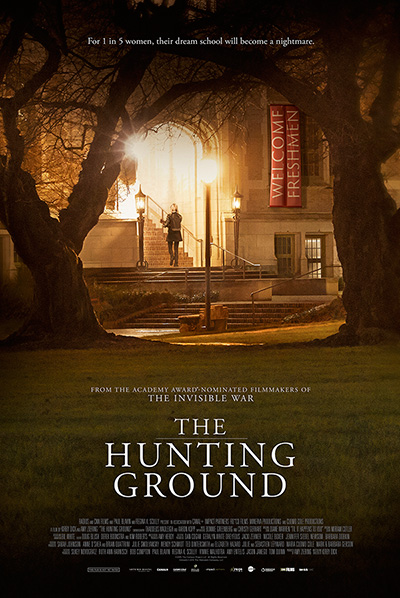 A feature documentary about sexual assault on U.S. university campuses.